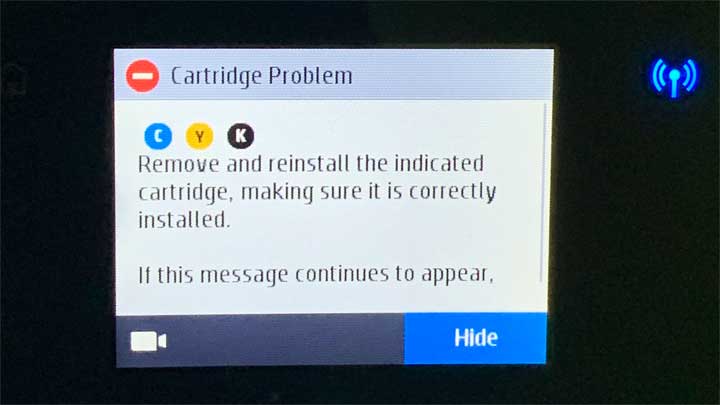 Italy’s €10 million ($12 million) penalty on HP and others take to social media to comment.

The Italian agency L’Autorità Garante della Concorrenza e del Mercato (AGCM) found that that HP Inc. and HP Italy Srl had for some years introduced significant firmware and dynamic security limitations in many inkjet and laser printers sold to consumers and blocked the use of non-genuine ink / toner cartridges and had imposed a €10 million ($12 million) penalty.

Commenting on the findings and penalty, by AGCM, Static Control said “As a steadfast supporter of the aftermarket, we welcome any action that supports transparency, consumer knowledge and the freedom of choice. HP’s tactics of using firmware updates to have end users unknowingly commit to OEM cartridges do not allow consumers open choice. Static Control will continue to fight for the aftermarket and warn customers of the dangers of OEM firmware updates. We also encourage all customers to disable the automatic firmware update options on HP printers to help prevent cartridge lock-out.”

The European trade association, ETIRA President Javier Martinez welcomed the penalty: ”For way too long, printer manufacturers like HP have used software updates as a way to prevent consumers to buy environment-friendly reuse cartridges instead of only expensive original cartridges,  making  the  “Reuse  experience “  a  nightmare  that  many  times  was  blamed  on  product  quality   something  completely  wrong  as  many  Print  quality  test  confirm.   It is unacceptable that when you buy a HP printer, you are basically tied in to buying only HP cartridges. But many endusers prefer remanufactured cartridges and want to save 45-60% in CO2 emissions and natural resources like oil and aluminium.  Printer manufacturers should allow for this by ensuring that all printers accept remanufactured OEM cartridges, and design their cartridges in such a way that they can be easily reused again and again.  Hopefully the fine issued by the Italian competition watchdog will bring about a change in the market behaviour of printer manufacturers, both in Italy and the EU as a whole.”

Taking to LinkedIn, Patrick Cavallaro, EU Technical Consultant for Utec commented “in my opinion should be EU doing these kind of actions against OEMs like HP which use firmware updates to obfuscate users freedom.”

In the same vain Miguel Neureiter, Senior Business Development Manager at Integral GmbH, commented “I hope that other countries will follow soon. This should be a stimulus for the European Commission and the European Council to protect us for deceptive and aggressive practices.”

Editorial Opinion: The findings reflect what most of the aftermarket have been saying for years about the adverse impact of firmware and dynamic security on consumers choice. The timing could not be worse for HP who have been leading the OEMs in negotiating a new Voluntary Agreement (VA) with the European Union. These findings could adversely affect the VA as member states give their feedback on the VA.

JOIN US ON SOCIAL MEDIA